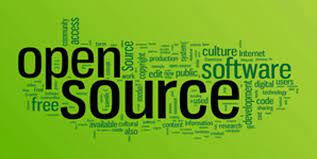 Hearing a lot about Swift these days? After all, an open source programming language that boasts of significant improvements over Objective-C is bound to generate some buzz! With a truckload of advantages and important features, many a mobile application development company has ventured into apps built using the language. While there are many popular open source apps and projects that are based on Swift and we ourselves have dabbled in a couple of them, some of them enable easier development using Swift and hence have had critical acclaim. Read on to learn some of the most popular open source Swift projects in recent times.

Alamofire is an elegant solution and is employed for HTML networking in Swift. It is particularly popular for its asynchronous communication capabilities.

SwiftyJSON – for dealing with JSON data in Swift

Most developers find it very hard to handle JSON data and if there isn’t in-built support for it, it becomes very troublesome indeed. With SwiftyJSON, dealing with JSON data is handled automatically and this is a most welcome thing for developers.

HanekeSwift – a cool and generic cache written for iOS Swift

A caching system that is lightweight is always welcome and even though this is still in its nascent stages, it is already attracting a lot of attention.

This is one of the most popular BDD test frameworks there is and it can be used for both Objective-C and Swift.

Auto layouts are in the in thing today wherein one can simply have a layout of the UI by creating a math relation between the elements in the UI. This makes UI development way simpler! Every Swift application development company makes use of these open source projects that facilitate easier and faster development using the language. There are also other popular open source projects such as Dollar. Swift (helps extend the language by means of helper functions and extensions); Surge (an API that helps with complex math, DSP, etc.), SwiftTask (involves using State machines in Swift), Sleipnir (pure Swift BDD test framework) and ExSwift (yet another cool set of extensions for Swift) that are widely used while developing applications in various platforms using Swift.

We too have dabbled in Swift and built a variety of apps for our customers and provide a variety of services in this respect such as converting an Objective C app to a complete Swift app, come up with new and trendy iOS and iPad apps for Swift and provide maintenance and application support for Swift. Being an award-winning mobile application development company, we keep tabs on the latest updates in the language and also keep an eye on various recent trends, trending apps and solutions and undertake a comprehensive study of the market and competition before designing our apps. For more details on our Swift based solutions, check out our website or get in touch with us!