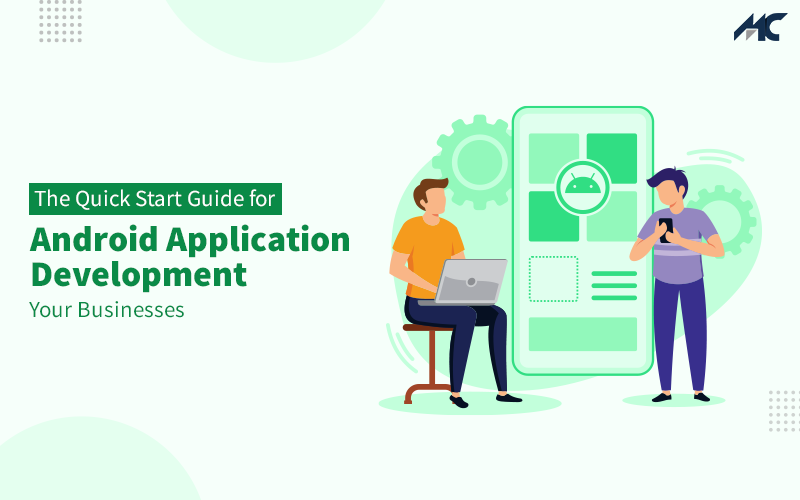 Smartphones have completely changed the way people consume the internet and communicate with each other. It has brought an android application-based world where services can be used through mobile applications instead of going to a web browser. Every business is focusing on android application development for their applications.

Today, the android platform has captured over 85% of the smartphone market globally. In fact, there’s an app for every purpose, the Google Play Store is already flooding with millions of applications.

The open-source platform makes it possible for device manufacturers to replace the standard elements of the Operating Systems with proprietary applications and user-interface.

There are multiple programming languages that you can use for Android application development. Some of them are;

Google has made Kotlin its second official programming language for android application development.

The C++ programming language is also supported by Android Studio. However, it is only used in concurrence with the Android NDK.

C# is a far better alternative to C or C++ because of its beginner-friendliness and convenience. The code is much simpler and more concise.

It is a great developer-friendly and neat platform for android app developers. It was developed by Facebook themselves and effectively uses JavaScript for building world-class interfaces.

It is an easy-to-use development kit powered by the Dart programming language. You can develop powerful cross-platform applications with this development kit.

These applications are developed with JavaScript or other languages by android application development services.

Ionic is a very powerful HTML5 SDK that enables quick mobile application development with natural-feeling apps with technologies such as HTML, JavaScript, and CSS.

Where You Can Find Android Devices?

Android-powered devices are almost everywhere around you. It is undoubtedly more than a smartphone operating system. You can find the operating system in mobile phones, tablets, televisions, wearable devices, car info-systems, camera systems, gaming consoles, and more. Thus, every android application development company considers it is a highly flexible platform that enables easier customization and adding additional functionality. Everything on the Android platform can be customized or altered with your own version. Ultimately, this makes it a highly open, customizable, and flexible operating system.

In the smartphone market, you have two dominating operating systems; Android and iOS. Each one of these platforms offers a different user experience and set of features. Building applications for these platforms have different requirements. Thus, you must learn these before getting started with mobile application development.

The Different Between Interface

For years, many tech enthusiasts have been claiming that Android has deftly copied the iOS user interface. The interface is one of the most critical aspects of the user experience on the platform. iOS takes the minimalist approach by placing things where you expect them to be with fewer customization options.

In contrast, Android Apps provide tons of customization options where you can completely tweak themes, live wallpapers, icon design, etc. Android Apps also gives the option to add real-time widgets on the home screen to receive critical information on the go. Furthermore, these widgets came to iOS quite late, and sadly they are only accessible on a separate screen.

You can only make some cosmetic changes in the interface of iOS devices. Android apps make it super easy to make changes and install overlays to the operating system. An Android application development company could help you to develop a fully-customized application.

The Speed, Cost, and Ease of Development

Developing an Android application means that you have to consider more devices, more software fragmentation, and more components. However, Apple’s App Store follows strict and rigorous requirements and guidelines for the review process of a published application.

The Speed of Operating System

The real-world speed of Android apps and iOS apps devices might depend on several factors. However, iOS is meant to be faster with better memory efficiency and garbage collection. Therefore, an iOS application might run faster with better memory management and battery management. However, Android app devices are also catching up with new updates and high end devices.

Stability of the Platform

Users often notice the stability of the platform while using their smartphones. Although there has been significant improvement in the Android operating system, iOS still takes the lead with its simple and robust infrastructure.

The stability in android app devices is often compromised with third-party modifications. This might result in freezing or crashing devices that could ruin the user experience. However, things get more complex if you consider the fact that different manufacturers use different hardware components for their devices. Ultimately, this could also change the pace of android application development.

Security on the Platforms

Apple’s iOS has been considered the most secure mobile operating system for years. However, Android has evolved greatly with Google releasing regular security updates and patches. However, Android being an open-source platform means that hackers and android app developers could access the source code and discover the vulnerabilities of the platform. Moreover, too much customization by owners could potentially create security vulnerabilities on the devices. Lastly, consulting an android app development company could save from potential security issues.

The global smartphone market is dominated by the Android operating system with a market share of around 87%. In contrast, Apple’s iOS-powered devices have only captured 13% of the market. However, this gap is expected to grow in the next few years with more Android devices.

However, Apple devices are more popular in developed countries like the US, Japan, Canada, Australia, etc. The price tag of Apple devices could be the main reason behind this uneven market distribution. An iPhone is considered a high-end product that sells better in a wealthier market (first-world countries). This makes Android a more effective and worthy option in developing countries like India, Brazil, Nigeria, some European countries, etc. Interestingly, an android app development company and android app developers can help you capitalize on this market.

The Android Apps Use

Today, you will find the Android operating system running on a wide range of devices. The effective use of its customizability and openness helps businesses and android app developers to develop android apps for different devices and platforms. Thus, if you are a startup and want to capture the market fast, then you will need a dominating operating system like Android.

Today, almost every business is developing their mobile applications with android app development services. Android is your best bet to capture the huge smartphone market and market your product/service.

The openness of the operating system allows it to run on devices like wearables, multimedia book readers, portable gaming consoles, pocket media players, and netbooks. We all know the success of Amazon Kindle, which might not have happened without the Android app platform. In fact, the world of wearables is made smart with Google’s Wear OS. Plus, there have been several attempts to develop gaming consoles and pocket media players as well. Android could also translate into a great desktop experience with its flexibility and android app development services.

The world of smart TVs has already revolutionized the traditional and ordinary TV that could only work with broadcast programs. In fact, Android Smart TVs have opened a world of possibilities for OTT platforms, superior image quality, diverse video content sources, etc. Furthermore, the. Android-powered TVs give huge options to make the television experience more interactive and fun.

Communicating in a car isn’t just limited to driving anymore. Google’s attempt at an in-car infotainment system completely changes the audio-visual connection with the cars and smartphone applications. Furthermore, Google’s Android Auto gives a simplified version of your phone on a larger infotainment screen while keeping you connected to your phone. This makes driving much safer and more convenient if you are using a phone. Ultimately, you are given quick access to maps, apps, texts, music, and phone calls.

Developing a cross-platform mobile application would require you to use special frameworks that are based on the JavaScript family. Tools like React Native, Xamarin, Ionic, and Flutter are used for integrating the project into Android Studio or XCode. Thus, you can use the same logic for different operating systems. The android app developers are able to run the same application on all platforms.

Taking the Hybrid app development approach means the amalgamation of both native applications and web applications. We can say that a hybrid app is like a web app that has been packaged into a native app. A web browser is built into the app that provides different capabilities to the user. The browser and the plugins are deeply integrated into the apps and are practically not visible to the real-world user. Therefore, Android app developers could write a single code for the mobile app and it could still support multiple platforms.

The team size will depend on the requirements and features of the android  application. Plus, the team might change depending on the android app development approach (Native, Cross-platform, or native) you have taken.

Your team must have mobile app developers, QA engineers, designers, and project managers. It is possible to build a small Android application by hiring a team of 10 android professionals. However, larger projects require more Android experts.

In any project, the professionals must have years of experience with the Android UI design principles, patterns, and best practices. Apart from these, the team should have the best proficiency in Java, Android SDK, XML, Android Studio, APIs, Databases, Material Design, and more.

To get a fair idea, developing an android application might cost you around $4,000 to $50,000. We can further categorize the development prices into three categories;

Enterprise Application Cost: $50,000 or above

Considering the rising smartphone market, developing an android application could be the best way to provide a native experience of your product/service to your end-users. Thus, it is a better option than merely having a website because it engages the potential customer better.

Today, Android has more than 87% market share around the world. Accordingly, this makes it a better option to market your product/service to countless Android users. Therefore, you have a better chance of capturing your target market with the Android platform.

Today, it is finally possible to integrate payment data on smartphones securely. The multiple security layers of Google play are finally helping users to pay digitally without using cash or traditional cards. This gives them great convenience because they can make payments in one click without entering their card details.

Google is the king when it comes to search engine dominance. Google gives more preference to the businesses that have an Android application in its search results. Android applications enable application indexing to get far ahead of your competition. Thus, getting skilled android app developers for your business could be a great investment.

Businesses now have the power to redirect their potential customers to an application from their website. This encourages more business and more application downloads which improves brand loyalty. Ultimately, businesses could stop their clients from going to their competitors.

Android devices are available for every demographic from different manufacturers. Ultimately, this makes it a dominant digital force in the smartphone market. You have more chances of reaching your potential customers through the Android operating system.