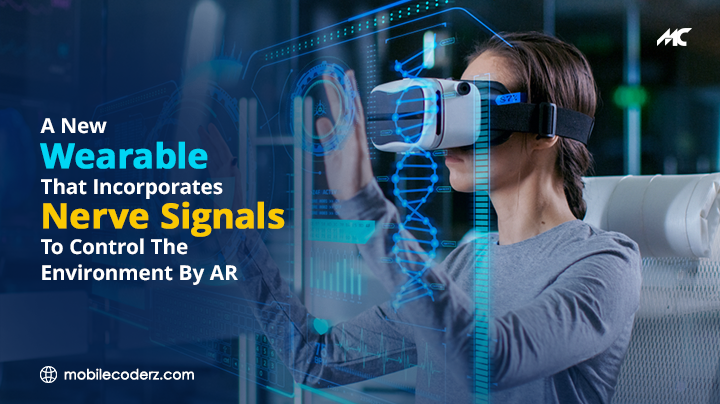 Facebook came up with the technology “An input device for Augmented Reality glasses”. A wristband that can help one interact by just moving the fingers. This system utilizes EMG (ElectroMyoGraphy). It is used to convert nerve signals to digital commands, the signals are passed via the wrist.

The team at Facebook shares “At FRL (Facebook Reality Labs Research), we are fabricating an interface for AR that will not power us to choose between interacting with the device and the world around us. We’re creating a natural and instinctive approach to cooperate with consistently accessible AR glasses.  They have further shared, “ We accept this will change the manner in which we interface with far and near”.

As per the reports shared in The Washington Post, Facebook says this product will rely purely on the neural interface. The objective of neural interfaces is to vex this long history of the human-PC association and expand to cause it with the goal that people present to have more authority over machines.

Facebook has not yet confirmed the date of launching but unveiled the devices with two prototypes in a March 18, 2021 blog post (i.e Thursday).

So, Why Did They Focus on The Wristbands?

The wrist is a classic area to wear or adorn a watch/ band. It means it is reasonably the best fit that embellishes with the social contexts and everyday lifestyle. You can comfortably wear your favorite time machine. It would be rightly located close to the primitive instruments you utilize to interact with the real world-your hands. This smart proximity will allow you to enrich yourself with capabilities of rich control of your hand into Augmented Reality. It will enable you to be intuitive and powerful yet allow you to have satisfying interaction.

Initially, Facebook is only planning to utilize EMG for just two or one-finger movements, which they refer to as “smart clicks.” But the company has this expectation that the signals will eventually control the interfaces as well as the virtual objects.

According to Deccan Herald, in the near future, one just has to imagine having a mouse and moving the cursor. The wristbands on the hand can smartly understand the thoughts and perform the work wireless. Isn’t it great?

Also Read:
How Immersive Technology Like AR/VR Will Mark The New Pace in The Market?

Pranay Aggarwal, Co-founder and Chief Operating Officer at MobileCoderz elaborates this further with an example “Imagine a scenario where, as opposed to navigating menus to do what you’d prefer to do, the framework offers the thing which you wish to affirm. And you can do this simply with a straightforward “click” signal”. He further clarifies, “ This technology is surely a boon to the market.”