A Complete Guide to Hire Flutter App Developers in 2022 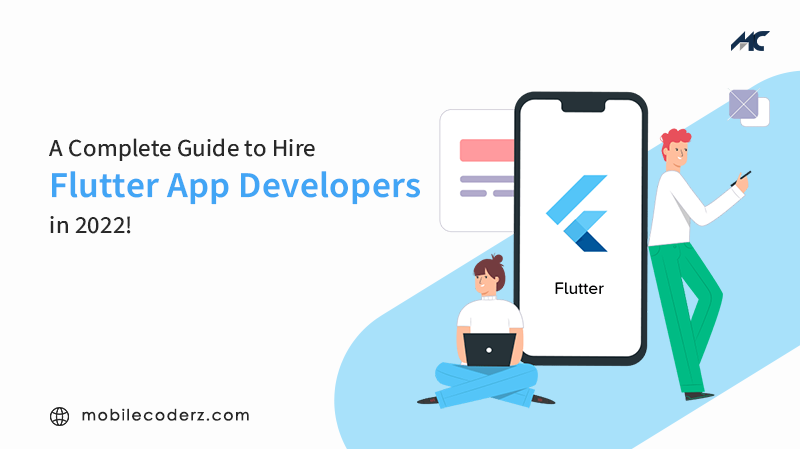 Google had developed Flutter as an open-source Flutter framework with the aim of faster time-to-market by using a single codebase for all the platforms. As a result, many businesses have already started investing in Flutter app development to create the most engaging, graphics-rich, and effective Thus, in this complete guide, we will help you learn how to hire top Flutter app developers.

Stats About the Popularity of Flutter App Development

What is Flutter App Development?

Although, you might have some specific expectations from your Flutter app developers. Still, the majority of the businesses want to hire developers with these qualities;

Flutter isn’t an ordinary technology that anyone can master easily. Thus, you have to be very selective while hiring flutter app developers. Ultimately, your goal is to make your app productive and responsive.

It might get hard to hire the right talented Flutter app developers for your project. Thus, keep reading the guide, to know what additional skills you need to evaluate during the hiring process.

You certainly don’t want loners and individuals with an attitude problem in your team. Thus, you must ensure that your Flutter app developers will coordinate with your entire team to ensure the best optimization of your app.

You need people in your flutter app developers team who can think out-of-the-box and innovatively. Thus, hiring professionals who can help you with new ideas for your project.

You should expect a team that works with dedication towards a common goal. In fact, they should have the desire to improve the user experience as much as possible. This can be ensured by overlooking their past experience, personal projects, and special certifications.

To learn more interview questions that you should ask while hiring mobile app developers, read our blog here.

Before we describe each individual model to hire Flutter app developers, you must know about the core factors required for all the models;

Let’s learn about each engagement model

Freelancing is perhaps the quickest way to get flutter app developers on board for your project. However, it has some significant demerits which might make you rethink your idea. For example, it is very hard to evaluate the consistency of freelance Flutter app developers. Plus, it might not be possible to manage or control them directly since they are not directly associated with your business.

This model is widely used by top enterprises working with Flutter app developers for long-term projects. Therefore, the businesses have to add their professionals to their payrolls after rigorously screening them. Ultimately, it is easier to control and manage these professionals since they are directly associated with the organization.

When you hire junior Flutter app developers, your expectations must not be excessively low or high. In fact, they might not have extensive knowledge about the framework and their development pace can be a little slower. However, with proper training and guidance, you can make them familiar with your organization’s development goals with ease.

If you are looking to hire proficient Flutter app developers, then hiring developers from the mid-level category could be a great choice. However, these developers must have a relevant working experience of at least 2 years with the Flutter framework. They must have a clear understanding of the evolution of Flutter, programming part, business logic, and bug fixing. Then, the mid-level Flutter app developers should be capable enough to work on their own without any guidance from your side. However, they might require some assistance in understanding some complex processes, but that also comes under exceptional cases.

Investing in a Flutter App Development is Worthy or Not?

Well, of course, Flutter by Google, is the most advanced mobile technology available presently. There are hundreds of reasons why professionals believe that Flutter could be the king of top mobile apps in 2022. Plus, Google’s backing makes it a strong contender to become a leader to rule mobile app development frameworks in future. Furthermore, Flutter offers unquestionable advantages such as speedier development and substantial cost savings. Thus, these benefits can transform your life by allowing you to use your funds wisely and making your app-to-market time faster. Ultimately, for efficient cost savings, you must hire Flutter app developers from India only.

Why Collaborate with MobileCoderz to Hire Flutter App Developers?

It’s obvious that hiring freelancers and in-house teams require a rigorous hiring process that needs a lot of resources. Plus, sometimes, you don’t have enough time which leads to the selection of unworthy candidates. Thus, you should collaborate with a leading mobile app development company to gain access to highly skilled and certified Flutter app developers. Over the years, we have become the best Flutter app development company with the most experienced developers who have cleared a rigorous selection to join our team. Thus, hire top Flutter app developers from MobileCoderz, because what you get is a talented stream to fulfil your purpose.

Scrutinizing the Estimated Costs of E-scooter App Development for Startups Like Lime & Spin
React Native Vs Flutter: Which One is Dominating in 2021?
Top 20 Best eCommerce WordPress Themes Powered by WooCommerce eStore Toolkit 2021
How to Develop Apps for Foldable Smartphones?