Unity vs Unreal Engine: An entrepreneurial guide to choose the game engine for your next project? 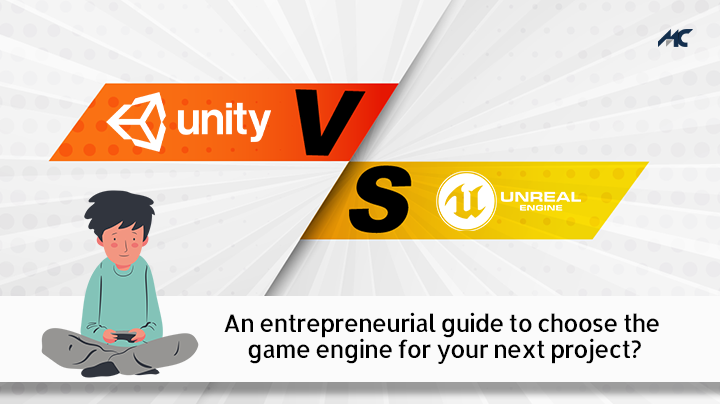 Unity 3D and Unreal Engine are arguably the two significant players that have been popular in the market nowadays. Unity vs Unreal Engine (Which one is better), It lies in the brains and hands of the game developers and designers who make a game look different and specific. Both Unity 3D and Unreal  Engine (also termed as Game Engine) are rapidly and steadily evolving alongside the gaming industry.

What is this Game Engine?

A Game Engine is also known as the framework or architecture of the game. It is an environment of software development that is generally employed by game developers to construct or develop interactive and superlative video games.

A report shared by MarketWatch proposes that the revenue of the Game Engine market will reach a magnificent CAGR over the course of the following five years. Both games have the ability to produce AAA-quality graphics and an excellent interrelationship with the industrial standards of software that are available so far. They both are filled with an extensive toolbox that includes VR support, rendering and lighting, rigging and animation, physics simulation, and many more.

One of the main differentiators to consider Unreal vs Unity Engine is the visual quality. Hire a mobile app developer and develop the product quickly and adeptly in an aesthetic manner that can earn you with best ROI. 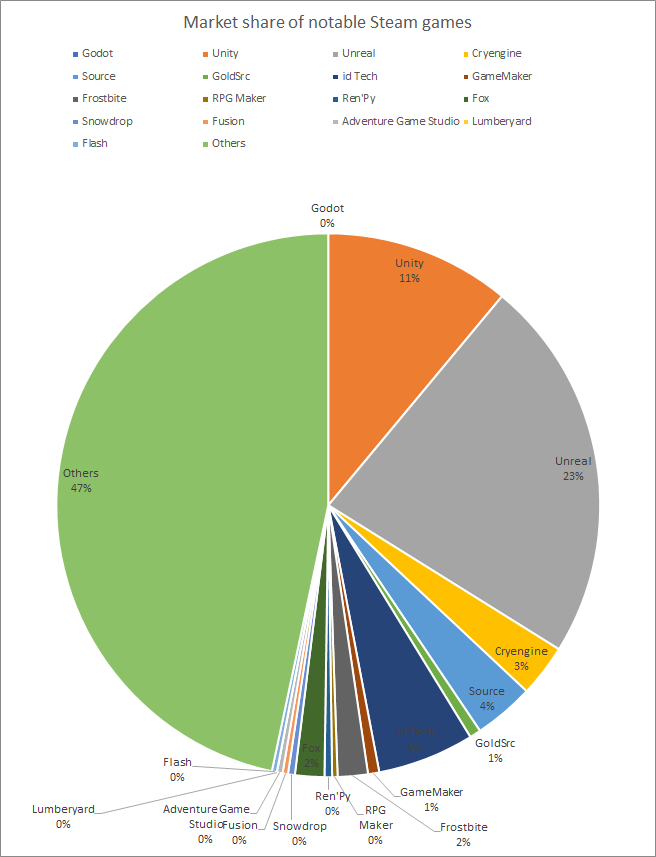 Initially, both these software platforms were developed to build 3D video games and are now adopted by XR communities.

But still, “Unity vs Unreal” Which engine is better?” presents a challenging situation for many. Or perhaps there are many who would go for something completely different? There are numerous options such as Amazon’s Sumerian, ApertusVR, CryEngine, etc. Yet these two platforms (Unity and  Unreal) are majorly dominating the market share.

Before we get into the details one must make a prerequisite related to your project (You must make a checklist with suitable answers to the following questions and then choose “Unity vs Unreal” , Which one is better for your next project):-

If you already have answers to these questions then let”s delve into the world of the  “Unity vs Unreal” engine to help you choose which platform is best suited for your next project.

(Note: This article will also debunk the lots of myths related to  “Unity vs Unreal” architecture and help you choose which one is better for your next project without any bias).

It was announced and launched at Apple Inc’s WDC in the year 2005. It was introduced by  Unity Technologies and is considered the best cross-platform game engine. This game framework supports more than twenty-five platforms which include macOS and Windows. 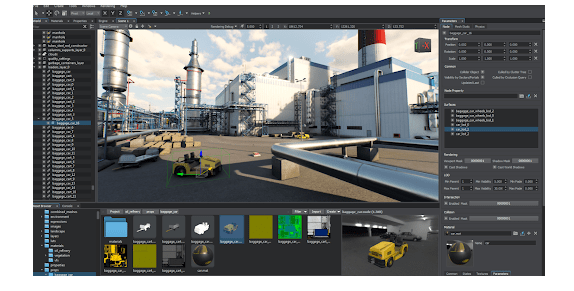 The founder of Epic Games, Tim Seveeny introduced the first generation/ version in1998. It features the highest degree of mobility and also provides extensive supports to a wide range of platforms.

As a business owner, you must make sure to experiment and explore different types of games-2D, 3D, VR, AR, Multiplayer, and many more. Having a game engine that caters to wide game ranges is essential and luckily both these platforms offer it.

Let’s take a look at the different ranges of game types and which engine will be the best suit for them. 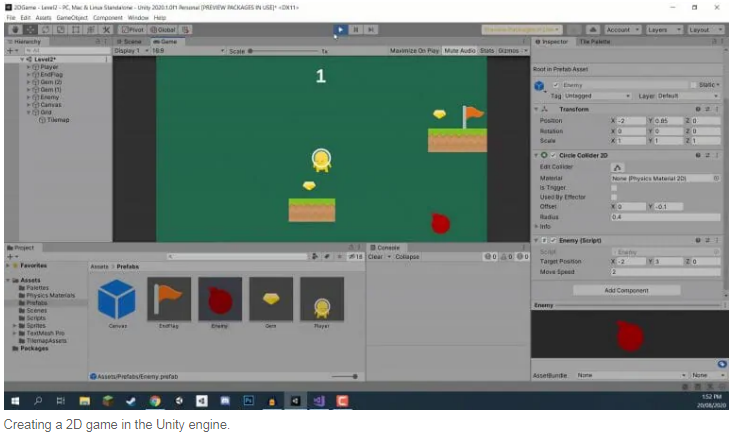 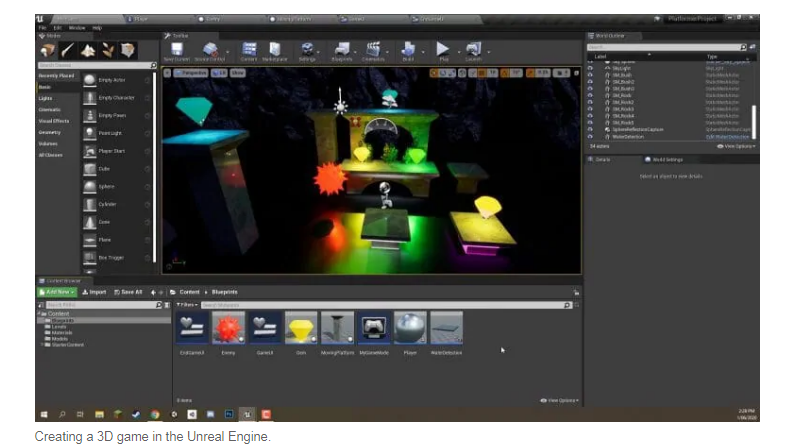 Still in doubt, Unity vs Unreal? Which one is better? Check the next pointer!!

No doubt!! Unreal Engine is packed with tools that can be easily tweaked and have presets that perform out-of-the-box. It is enriched with post-processing, volumetric lights, and lens flares, which can be used instantly the moment you drop into it.

The lighting is much more smooth and accurate in Unreal Engine when compared to Unity. When baked the Production Quality with the lighting, it appears more aesthetic with no strange artefacts or graphical glitches.

The Shadows are more polished and have better falloffs. It is featured with an amazing material editor. You can use node graphs to develop and tweak the materials. It gets the work done like other 3D software which includes Maya or 3DS MAX. It enables you to iterate and adjust the live feedback quickly within the platform itself. 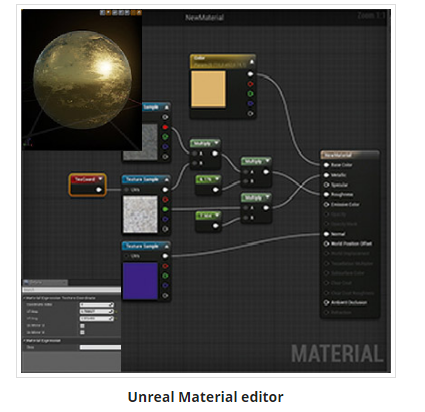 Systems are quite similar to the film industry. It offers a smooth cinematographic appeal.

You are also enriched with the option to place the volumes of the triggers all across the globe. The benefit of this? Well, when a player enters the volume changes the colour by itself.

While it is still evolving and being improved, Unity lacks in terms of polish when it comes to developing a good appealing result. 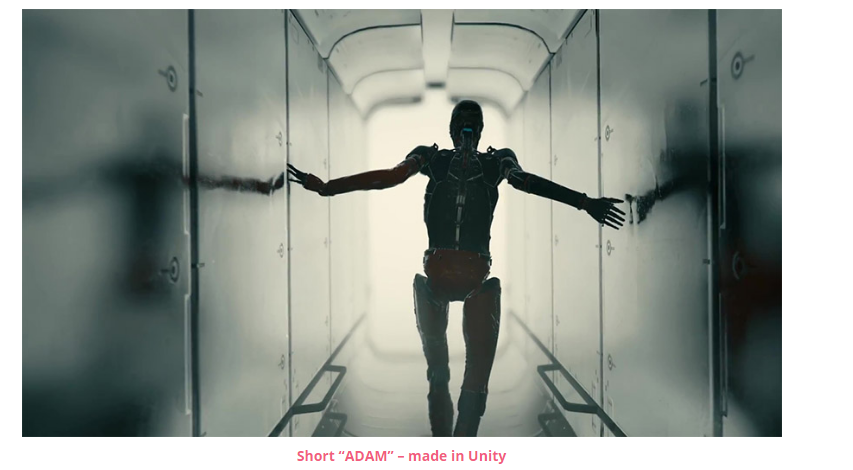 You will struggle hard to achieve what you have conceptualized. Moreover, you will have to work more dedicatedly to reach there.

The system of lighting is quite modernized and does not support the latest technology such as GI and PBR.

Even though the detailing of shadows will not be bad but will not be as good as Unreal. Since the updates in 2018, Unity is a more lightweight model of lighting which was certainly required.

Unity does not support the base textures, occlusion, or normal maps because it has no material editor and can only be adjusted with limited parameters. 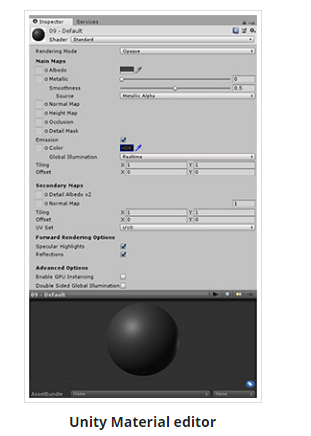 One can use Post-processing but for that, it must be first downloaded from the store named “Asset store”. It can be installed freely and is quite crude in comparison to what Unreal has to provide.

Still confused to weigh the titans,  Unity vs Unreal? If yes, read further!!

When we talk about virtual environments, we cannot ignore the populated virtual objects as these represent the imaginary or real world.

Below in this blog, we have enlisted the example of a solution related to VR training. This solution was constructed for Callaway Energy Center.

You can develop 3D assets using software such as 3ds Max or Blender and Maya of 3D modelling from scratch. There are almost 10,000 in the Unreal Asset store. On the other hand, Unity Asset store is 5x times (which is about 31,000+ 3D alone). 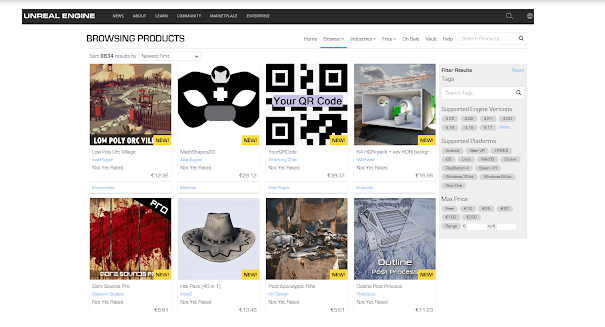 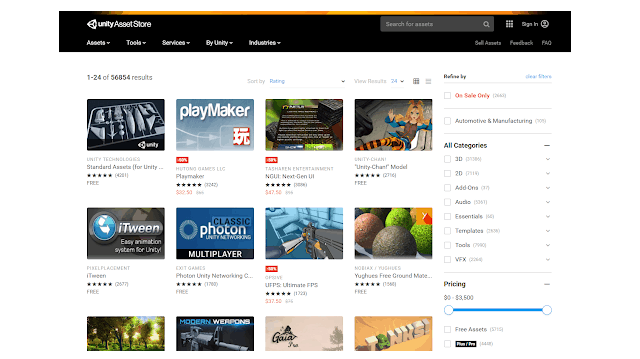 In the case of Unity, you write code using the language C#. On the other hand, Unreal uses C++ (considered a difficult language). But, Unreal has a visual scripter that is integrated and termed as Blueprints. It is the best alternative to coding because you do not have to code yourself anymore. You just have to develop nodes and connect them all together to construct the right logic for the game.

Rightly, Unity does not have any integrated visual scripter. There are numerous third-party options such as PlayMaker and Bolt available globally.

So, if you are not a pro in coding then you can opt for Blueprints of Unreal.

Hope now you have made your decision related to “Unity vs Unreal”, which is best suited for your business? If not, you can check the below-mentioned pointers.

It is where Unity sparkles and has an intuitive interface and thus you can experiment with the framework. It is easy and fast to cobble together.

The interface of the Unreal engine is nice but huge. It has crammed with endless pop-up windows with more buttons. This can ultimately confuse you.

Unreal on the other hand is mostly used by AAA-industry. Games such as Sea of Thieves, Jedi Fallen Order, Star Wars, Bioshock, Fortnite use Unreal engine. 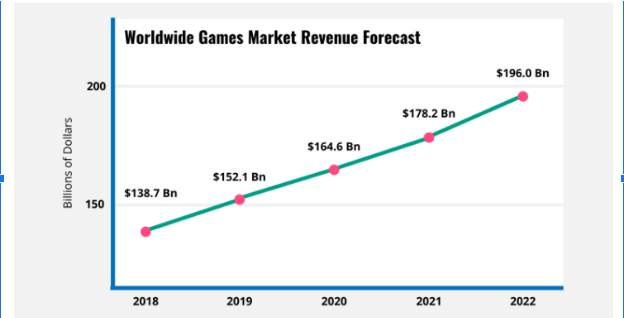 Both engines have a great online presence, with their respective YouTube channels, Subreddits, and forums.

Hence, both these frameworks have a great community.

“Unity vs Unreal”: Pricing plays a huge role when choosing between the two platforms. Some parts of both the engines are free while there are some that are chargeable.

If your revenue is less or equal to  $3,000 /quarter then you can enjoy Unreal Engine free of cost. On the other hand, The Unity plan is best for small scale businesses and is also enriched with free Personal plans.

If you have bigger businesses then you can opt for plus and pro-type packages. If your business generates revenue less than $200K you can opt for annual or monthly subscriptions (as per your choice).

Pro allows you to enjoy the benefits of Plus with no limits of annual revenue. It will be $150 per month.

We hope that this article will have sorted out your battle “Unity vs Unreal”. But let us turn to the original question “Unreal vs Unity” Which game engine should you use?

Ultimately it will depend upon you and your requirements. If you are in a beginner phase, then you must go for the Unity framework as it is endowed with wide ranges of games. Otherwise, if you are not that pro or interested in coding and looking for graphical performance then go for Unreal.

Even though the above-mentioned statements are surface-level disclosure. So it is always best to check and try both the frameworks before making a decision for your next projects.

Get out now and develop some amazing apps and games that stand out from your peers or competitors!!

MobileCoderz has established itself as the first choice of small and medium size Business in the mobility space within a short span of time. We have a young & talented team of mobile strategists, UX/UI designers, and App Developers.We have the client base that spreads across emerging startups to small & medium size Business across the globe. MobileCoderz has helped in the development of World Class mobile apps for 100+ clients, collaborating with its team of 60+ nerds.

4 Theories To Predict The Future Of 5G App Development
Dating mobile app development services
How To Build An App Similar To Swiggy Or Zomato?
3rd Foundation Day Celebrations at MobileCoderz: A Glimpse of Ecstatic Moments