Ruby On Rails vs Django, Which Contender Dominates The Battle? 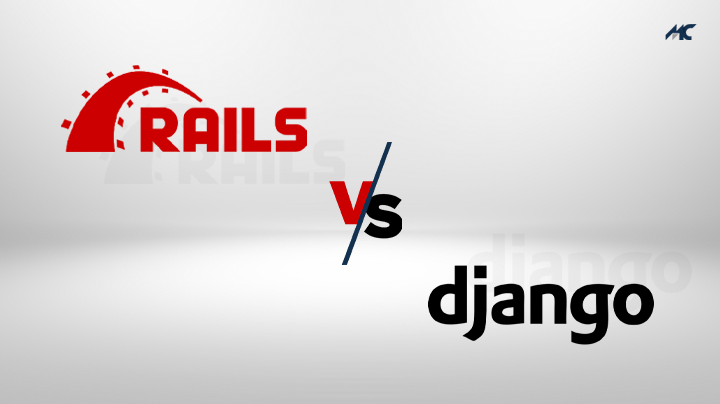 All set for the next web app development project? Django and Ruby On Rails are the two most popular frameworks for developing web apps. So, here is a reality check to find out an ultimate winner between the two, Ruby On Rails vs Django.

Among more than 90 web development frameworks out there, both Ruby On Rails and Django stand out for some obvious reasons. No doubt it won’t be easy to choose the one that goes well with your project’s requirements. Nowadays, the majority of developers either go for Django or Ruby On Rails to build high-performing web apps from scratch. Keeping the major aspects of a project in mind, techies consider the project type, size, & preferences of the development team to choose a suitable framework for web app development project. Even though there are multifarious technology stacks to pick, Django & Ruby On Rails are the most preferred frameworks for creating web apps.

What makes both the frameworks sworn competitors? When it comes to Ruby on Rails vs Django, both are ahead in the race of agile development of web application. The exceptional likability of two frameworks is influenced by some peculiar similarities as both frameworks are object-oriented and typed dynamically alongside comprising multiple ready-to-use libraries.

On one side, some top trending platforms such as Instagram, Dropbox, YouTube, Spotify, etc. are powered by Django. 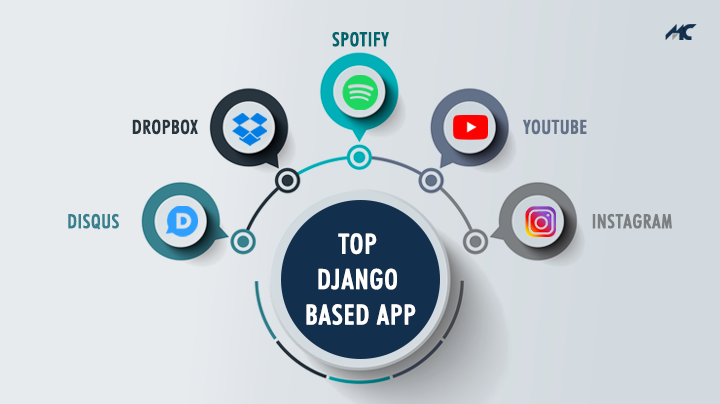 Ruby On Rails has been used by some leading brands named as Airbnb, Shopify, Bloomberg, & more. 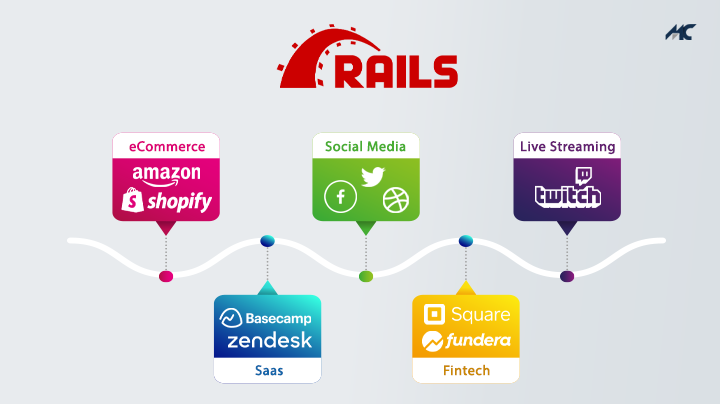 Therefore, the competition is tough & there is a long way to go with comparative analysis of both the frameworks.

Some basic details for Ruby On Rails vs Django

Rolled out in 2004, Ruby On Rails is now one of the most popular web frameworks used by the worldwide developers for building web applications. The framework is built on Ruby programming language & meant for speedy web app development process. Apart from being open-source, object-oriented, & general-purpose web programming language, Ruby On Rails is popular for bringing powerful testing frameworks with excellent flexibility & ease to write elegant and error-free codes.

It was officially released as a feature-packed Python framework in 2005. Django makes use of existing codes to make you more productive. The credit goes to its DRY principle i.e Don’t Repeat Yourself to speed the web app development process. The amazing versatility of Django makes it exceptionally popular not only in the publishing industry but also in data science, content management system, fin-tech, e-commerce, booking engines, & more. Today, Django holds a massive community of programmers as its combination with Python is easier to learn and faster to write.

Also Read:
Xamarin vs PhoneGap: Guess who wins the battle?

Before zooming into the pros & cons of two popular frameworks, we’re excited to highlight some key similarities between them. Most programmers share their experience with Ruby On Rails as well as Django and compare their potentials in terms of speed, usability, complexities or hurdles that may arise in the midst of web app development process. Although it is a sole decision of yours either to choose Ruby On Rails or Django, we’re categorizing their similarities to let you decide which one is right for you. Here are some key pointers that make them similar:

Both Python & Ruby are object-oriented languages that are completely different from languages used in enterprise ecosystems like Java. They both are powerful & open source with a wide user base. It simply means that developers don’t need to worry about documentation while using any of the two frameworks.

In the midst of building a standard CRUD app, Ruby & Python combine with both the respective frameworks with a similar range of performance. Although some minor differences might occur in their performance, neither of them will suit your needs if your project focuses on serving thousands of existing users at a time.

The architecture of respective programming languages used by both frameworks is inspired by an MVC model. Even though elements are being arranged differently in Rails & Django, there is nothing to worry as it is just a layout. MVC based architecture will structure your app sophisticatedly with a set of defined controllers, routes, models & views integrated within the framework.

Let’s differentiate for Django vs Ruby On Rails

Both Django & Ruby On Rails are topping the popularity charts among top web frameworks. However, tech giants are still debating on Django vs Ruby On Rails as there is a cut-throat competition between two trending frameworks. After throwing lights on the potentials of both, we can conclude with a fact that Django could be an ideal option if you need a fully detailed app with unique features whereas it is suggested to go with Ruby On Rails if you’re planning for a quick launch.

Angular 8.0: Summary of Upgraded Features & New Add-Ons.
The Best Technology Stack For Building a Live-streaming Application
Know How To Drive Business Solutions Through “Artificial Intelligence” & “Machine Learning”: A Feasi...
PHP 8: What are the new features In New Version of PHP?