PHP 8: What are the new features In New Version of PHP? 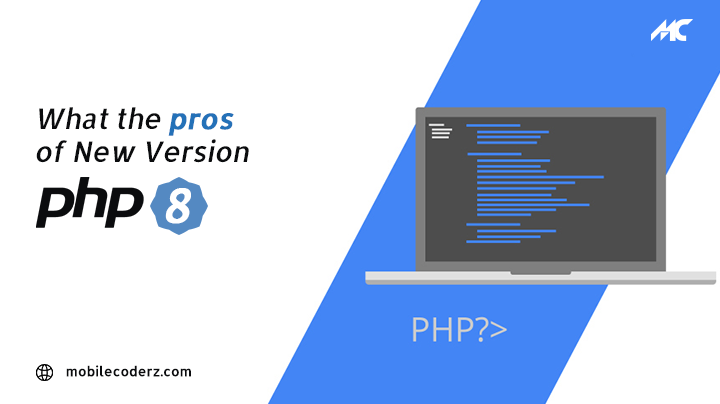 The latest version of PHP8 which was released on November 26, 2020, comes packed with some of the most innovative features and performance improvements. Touted to be a major update to the PHP language or an improved PHP version, PHP 8 has surfaced with distinct features and optimizations in a new avatar, such as –

Named arguments – Optional parameters are skippable over the specific ones.
Union types – It allows runtime-validated native union type declarations.
Attributes – It mandates PHP’s native syntax instead of PHPDoc annotations.
Constructor property promotion – No heavy boilerplate code for initializing properties.
Match expression – It allows strict comparison and the result of an expression to be stored in a variable.


Nullsafe operator – With new Nullsafe operator, users can avoid null check conditions while choosing a chain of calls.
JIT (Just-In-Time compilation) – With new Tracing JIT compilation engine, synthetic benchmarks will be improved 3-times better.
Improvements in error handling, type system and consistency – It allows correction to the signatures of magic methods, among many other features.

Now We Are Going To Elaborate The Highlighted Features Of PHP 8.0 Which Are As Follows –

Under the new feature, arguments can be passed to a parameter-named function, instead of the parameter position. As a result, the arguments passed thus can be termed as self-documenting qualifying the arguments to arbitrarily skip the default values.

The Attributes v2 RFC is precedent to doc-comments that allowed to add metadata to declarations of classes. Now, with the fresh introduction, PHP can be termed as a structured and syntactic metadata. Users can add it to the declaration of classes and functions etc.

The concise syntax proposed by PHP 8 constructor property promotion is insidious of simplification related to the property declaration which induces shorter and less redundant version of the process (property declaration). One of the most salient features of this PHP8 classification is that it allows programmers to define and initialize properties using less boilerplate code.

The values accepted by Union types are of variant segments. At present, PHP lacks supportive provision meted out to union types with syntax-exception (? Type) and exception to (iterable) type. Prior to PHP 8.0 was brought to existence, union types supported specifications in phpdoc annotations.

The match expression bears similarity to Switch but features safer semantics. It also makes easy for programmers to return values.

In short-circuit evaluation the evaluation of second operator is initialized after the first one fails to evaluate to null. On the other hand, if the null is evaluated by an operator in a chain, it triggers failure of the execution of entire chain and evaluates to null.

The release of PHP 8 was an overnight achievement, considering it consumed heavy investment of time and efforts for the professionals. However, the released new php version of PHP 8 will surely be a nice treat to enthusiastic PHP community to try the new version. Use this link to gain complete details associated with the latest release of PHP 8.0.

In addition, the release of PHP 8 has also endorsed the rising popularity and significance of php development services offered by the best mobile app company for reasons outlined in the following –

However, the efficacy of php development services for your business could lay in shambles if is not rendered by best mobile app development company. Therefore, make sure to choose such a company or hire php developer to maximize the full potentially of your php for your ecommerce business.

Native Vs Hybrid Mobile App: Which One Is Best For Your Business?
Why is AngularJS the First Choice for Mobile App Development?
How to Develop an eLearning App Like Duolingo?
Is Cryptocurrency Set to be Banned in India and Traders to be Penalized Soon?

6 responses to “PHP 8: What are the new features In New Version of PHP?”