Kotlin Vs Java – Which One to Choose for Android App Development? 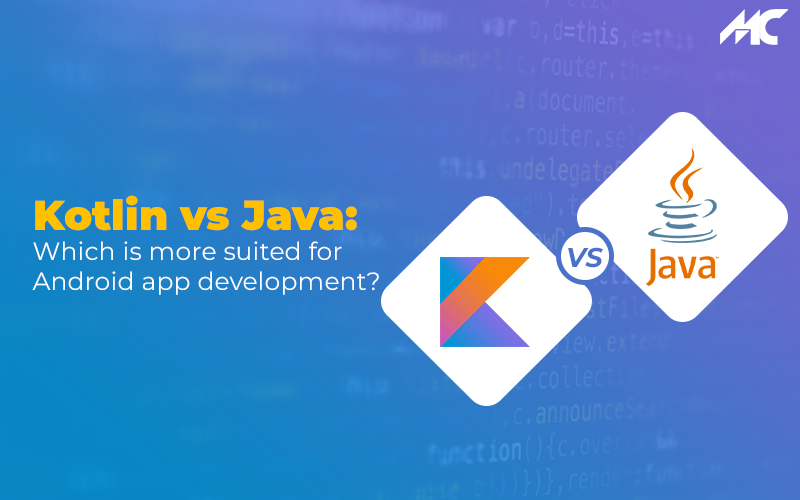 Google made Kotlin the second language for Android application development in 2017. The demand for Android programming languages has increased dramatically in both the enterprise and the android developer communities. As a result, they are practical, modern, intuitive, and practical.

In this article, we’ll compare Android Development with Kotlin & Java. The following article provides a better overview of Kotlin Vs Java.

The Java programming language is object-oriented. This language is simple, powerful, and robust. Java is great for Android apps, web apps, server applications, embedded systems, big data, etc. Open source contains many elements. Java is third on GitHub most extensively used language. It’s the foundation for many Android apps, and a substantial portion of Android. 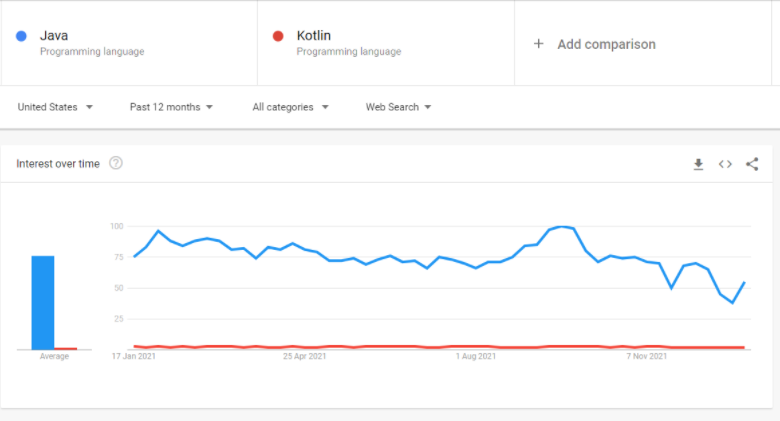 Kotlin is primarily an integrated development environment. You can also be used to statically generate JavaScript and Java Virtual Machine language (JVM).

Kotlin is a combination of functional & functional programming. It is easier, cleaner, and faster to compile than Java. Kotlin can compile code into binary and run under JVM. Thus, it is compatible with almost all platforms and devices.

Large tech companies use Kotlin to create Android apps. This Android app development language is used to create popular apps such as Trello and Twitter. According to the statistics below, Kotlin is fourth in popularity.

The Kotlin Vs Java Debate Begins!!

We can call both Kotlin and Java the tough competitors when it comes to the best programming language for app development. But we will go through each aspect one by one below.

#1. Kotlin Vs Java The Volume and Coding

Kotlin’s code volume is lower than Java’s for similar programs. Kotlin reduces code errors and makes life easier for android app developers. Because of its simplicity, Kotlin is preferred over Java for large web and mobile app development projects. Kotlin code is simpler than Java. You don’t have to create constructors to initialize objects, classes to hold data, update and retrieve value for declared fields, or classes to store it. You can compile Kotlin code in a fraction of the time it takes to write Java code. This speeds up development & deployment.

They are nearly identical in speed. Although Kotlin is quicker than Java, it is slower to solve problems. Kotlin is the perfect solution for abstract thinkers. Although Java language-based programming can be more complicated than Kotlin, it is still easier than Java.

Java-based Android app development requires you to set up variables or fields to store data. They must also create the constructor, getter, and setter functions, toString() and equals(), as well as hashCode().

Kotlin automates these tasks. Only need to add the keyword “data”, in the class definition. The compiler can automatically create variables and fields such as the getter, setter, constructor, and others.

It is stability that allows us to discern differences. Let’s start with Java. Java is a language that has a long history. Java 8 & Java 11 both offer long-term support. If something goes wrong, you can update these versions by patches.

Kotlin, although it has been around for some time, is still very young. It is currently not available in a stable version. You can consider Java & Kotlin as stable languages. If stability is your priority, Java is the best choice.

JVM runs Bytecode which is compiled in Java and Kotlin. However, it is hard to evaluate their memory usage. It is challenging to assess and track their performance.

Kotlin is more feature-rich than Java, and therefore more useful. Multithreading apps are made easier by Kotlin’s Coroutines tool. Due to its large number of features, however, it compiles and executes slightly more slowly than Java. Java is, however, simpler than Kotlin, and so compiles faster.

Java android app developers need to manually inspect the types variables when creating programs. Operators will show you how to cast the type.

Java offers a wide range of classes, APIs, and resources for Android development. Kotlin is catching up with newer libraries like KTX or Coroutines. But there’s still a lot to be done in this area of Kotlin App Development & Java App Development.

Kotlin does not work with wildcard types. Type projections and declaration-site variance are Kotlin’s wildcard options. Java supports wildcards. A wildcard code is usually a question mark, unknown type. It regulates the type safety of Java-based Java codes in a program.

Both Java and Kotlin have extensive documentation. Java, however, is much easier to learn than Kotlin. It is more complicated than Kotlin to solve a task. Java is more popular & has a much bigger community. Java makes it easy for beginners to find help and documentation.

However, Kotlin requires more cognitive learning investment than Java. It is, however, easier to learn than Java, and can be used by both visual and experienced developers. 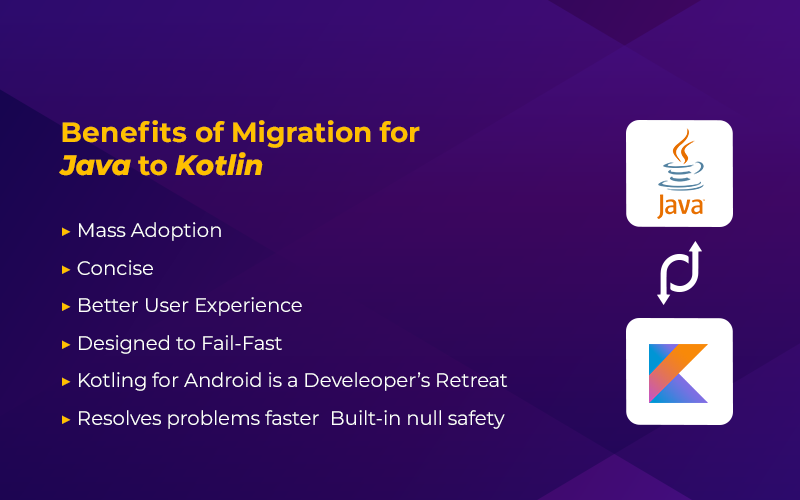 Java Vs Kotlin For Android: What the Future Beholds!!

Java is the most popular language for developers looking to create enterprise solutions in the 21st century. Nearly 35.40% of Java-using developers will use Java in 2022. If they don’t, they will prefer one JVM language such as COBOL. To simplify their software development processes, tech giants like Google, Amazon, Microsoft, etc. still use Java.

Kotlin’s future looks bright, even though we are talking about it. In the past few years, its impact on the IT sector has been significantly expanding. Web portals like Pinterest, Basecamp, Flipboard, etc. use Kotlin. It is also supported by the major frameworks. According to Google reports, Kotlin will shine brighter and hold the ability to challenge Java. All in all, Developing an Android app speaks volumes whatever you choose: Java or Kotlin.

To get a wise decision and carry out an effective app development strategy, you must seek assistance from a top-reputed Android App Development Company like MobileCoderz. From Android programming to iOS programming, our experienced team of expertise bring out the best from your app and its development. MobileCoderz has 100+ agile team members working on each and every aspect of your project. With 300+ projects completed and many more to come, it will be worthy to join hands with our experienced Android Application Development Company. Take your Final Call & we are waiting to work with you.

The Kotlin programming language has been approved for Android apps available for download from the Google Play Store. Most developers would prefer Kotlin for app acceptance by Play Store.

Java is still the universal programming language for Android, and all other platforms. The last factor that will determine which Android app development language is best for the developer’s expertise level & for the marketing strategy. Now, everything is set up for the Java & Kotlin Battle. At last, the debate for the best language for Android App Development 2022 remains with your choice.

One response to “Kotlin Vs Java – Which One to Choose for Android App Development?”