Ionic Vs Flutter Vs React Native: What Are They and When To Use Them 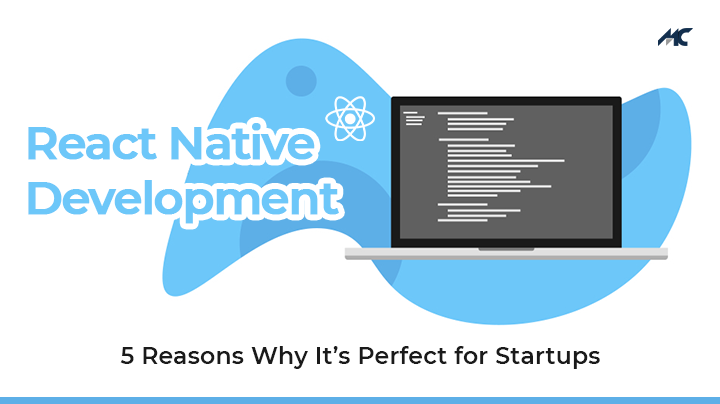 Many apps are used to the greatest extent by people to turn everyday tasks into enjoyable moments. Mobile apps have revolutionized the way people think and carry out routine tasks from cooking to commuting. The “always-on” mode of mobile connectivity entices users to live a digital-powered life. In our opinion, this is not a new concept.

Businesses increasingly rely on mobile apps. However, they are more than just a requirement to demonstrate your business’s potential in the long run. From React Native App development company to Flutter to Ionic, the mobile app industry is spreading widely.  In this blog, we’ll try to compare — Ionic, React Native and Flutter frameworks. All three technologies allow you to build mobile apps for both iOS and Android.

Performance is the most important aspect of any mobile application. You may be aware that just top-performing apps are downloaded and utilized by the users of hundreds of applications. If your application does not perform well, or users encounter negative experiences, then customers will decide to leave the app. Hence, they might switch to another app. It also impacts the overall impression of your app and you could end up losing your client.

Performance is a combination of many aspects like speed and network performance, device performance, speed of execution, etc. Be it Ionic Vs Flutter Vs React Native, the performance of mobile apps is crucial to expanding your user base.

Create High-Performing Mobile Apps: What is the Solution?

How do you create high-performing mobile applications that are able to withstand the constantly changing business landscape? Mobile cross-platform application development is the solution. In this post we will compare the three top mobile app development frameworks for cross-platforms, Flutter Vs Ionic Vs React Native Development.

Ionic Vs Flutter Vs React Native: What are They?

As always supported by Google, Flutter is a strong contender in providing quality native experiences for Android & iOS platforms. Flutter app developers are getting more & more popular. It is frequently compared to RN & other cross-platform application development tools.

The main thing to consider when developing using Ionic will be the UI of the application & design. The Ionic framework itself is available for free download & easy use.

React Native is written in a variety of languages which include JavaScript, Swift, Objective-C, C++, and Python. In essence, it offers everything you need to develop tools and services needed to build advanced cross-platform applications. It ranges from iOS, Android, to Windows with the capability of offering Native-type functionality.

In a remarkably short period of time, this framework has enabled the development of a wide variety of applications. This list includes Instagram, Facebook, Airbnb, Walmart, UberEats, and many more. With such applications on board, the market to hire React Native developers & React Native App development company is growing at a rapid pace.

When To Use Flutter, Ionic & React Native?

Flutter: The main reason for the growing popularity of Flutter is the fact that it offers an extensive toolkit. It lets Flutter app developers build modern apps using pre-built widgets, APIs, as well as its own engine for rendering. Utilizing the extensive features of Flutter developers can build amazing mobile-friendly experiences.

Ionic: The “one code base, any platform” gives you the option of using the code base for a variety of different applications. With the same base code, developers can create an interactive and engaging app in an incredibly short time.

React Native: The prime concept behind creating code with React Native is clearly portrayed for you. One codebase is able to be used to build numerous apps for different platforms like Android, iOS, and Windows. This can help developers develop better applications in a short amount of time. For best quality development, look to hire React Native developers & React Native App development companies to execute coding and deployment with perfection.

Flutter: React Native as well as Ionic both offer great performance. Flutter, however, goes a little bit further. It offers ready-to-use plugins along with a wide range of widgets. Further, it provides the company’s own rendering engine which assists in the creation of stunning, high-performance cross-platform apps. For top-quality Flutter app development, look to hire experienced Flutter app developers around.

Ionic: Ionic is a framework that, unlike the other platforms, uses advanced web technologies like HTML, CSS, JavaScript. This helps to create highly scalable hybrid apps. However, it requires third-party plugins and extensions to wrap your app in an native cover.

Flutter: It is an open-source software platform, which permits developers to use a broad range of libraries, widgets & APIs, for free. Additionally, it is easy to hire a Flutter app development company with an initial cost of $15 to $35+ across the globe.

Ionic: It is a free open-based source, a mobile application framework that is hybrid or cross-platform. However, for a more advanced development platform, a subscription is necessary. It is true that Iconic Pro can easily speed up the process of development. Moreover, it allows developers to develop an app in real-time.

React Native: RN provides developers with access to a wide range of libraries for free. To enjoy the benefits of the framework, work with an organization that develops software and has a skilled team. Also, you must hire React Native developers along with a reputed React Native App development company for further assistance.

Flutter: As Flutter is a child of Google, it uses an in-house language called Dart. It allows you to develop programs designed for Android, iOS, etc. When compared with JavaScript, Dart is still an unpopular language. Despite its newness, it has the potential to take the world to the next level in the coming years. Also, the market for Flutter app developers will grow exponentially.

Ionic: Ionic is a platform that uses a variety of technologies (including HTML5, CSS, and JS) to create and run applications. It also accesses the Cordova wrapper for native controllers for multiple platforms. To enhance the quality of code, you can make use of TypeScript in conjunction with Ionic.

React Native: When it is about choosing a framework based on the programming language, RN is the preferred choice of developers. It is reliant on JavaScript which is currently an extremely well-known and versatile language for creating hybrid applications. Additionally, React Native development combines the benefits that come with JavaScript along with React and is supported by Facebook. One of the things that’s unique about React Native is the fact that it gives the capability to write a small number of components in Swift as well as Objective-C or Java. For all such writing of different components, hire React Native Developers and a top React Native App development company. Be away from all the technical hustle.

Flutter: The Flutter framework is a newly released framework designed for community use. As a result, when compared against React Native and Ionic, Flutter has a smaller group of users. However, it is heavily promoted via Google and is quickly growing in popularity. It is likely to make it a huge feature in the coming years. Furthermore, Flutter has racked up 98.3K ratings, 14.9K forks, and is viewed by 3.5K developers. This leaves the other frameworks like React Native & Ionic behind. Also, the growth of Flutter app developers is better than others.

Ionic: It is one of the frameworks with the longest history, Ionic has often improved its structure. Furthermore, Ionic has an excellent market. It is a popular site with 42.7K ratings, 12.4K forks, and is followed by 1.9K developers.

React Native: While evaluating the support from communities for frameworks, it is evident that React Native will easily steal the spotlight. It is based on JavaScript which is also a part of the well-known React libraries. Its community of developers is growing rapidly in comparison with Flutter or Ionic. According to the data, React Native has 90.8K stars, 3.9K watches, and 17.8K forks.

Ionic, Flutter, and React Native is looking to conquer the market. Hence, you should hire a successful app development company. A top pick for all such frameworks and development is MobileCoderz. With MobileCoderz, it is easy and quick to go through the Development Process and more than 100+ projects done in the same domain, our team has app development expertise for more than 8 years. With trust, reliability, and direct communication, MobileCoderz is available 24×7 to provide their services.

Ionic is well-known for its ease of learning because of web-based technologies. Flutter requires developers to master Dart to create applications. Additionally, Ionic is not an ideal choice for intensive graphical applications because of wrapper plugins create performance issues. Flutter is still in its early stages. It is gradually expanding with the help of the best Flutter app developers of Google along with the community. React Native Development is on the rise and booming phases as well.

In addition, let us not overlook that each of these frameworks performs best in its own way. So, it is all on you to choose a winner among Flutter Vs Ionic Vs React Native.

It’s a Dawn of a New Era with an Alloy of Artificial Intelligence and Mobile Application
Next.Js Framework: The Next Big Thing of 2022
Web App Vs Mobile App: Which is Better for You?
5 Secrets Of Food Delivery App Development Unlocked With Estimated Cost