How Much Does It Cost to Build an Augmented Reality App? 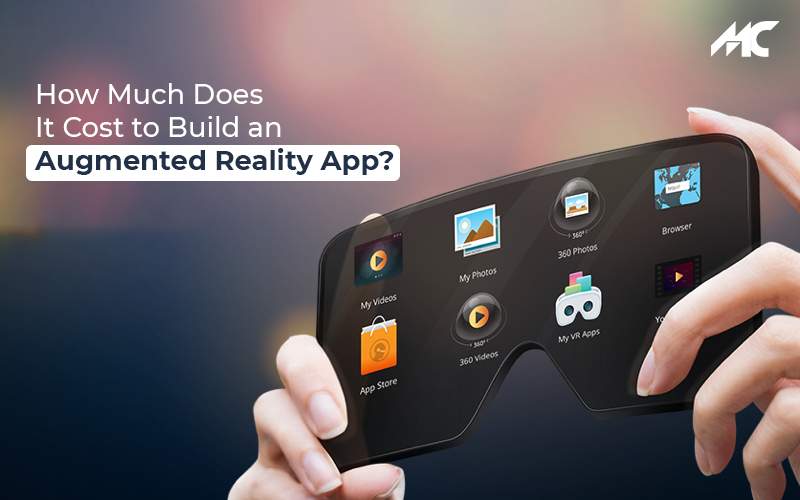 Well, the answer to the question how much does it cost to develop an augmented reality app is variable. If you want to make an AR app with basic features, its cost would be between $50,000-$80,000.

If you are planning to build AR app for your business project and searching for reliable information about the exact cost of developing an AR mobile app, this blog will tell you the augmented reality app development cost in detail.

What is an Augmented Reality App?

An Augmented Reality app or AR app is a mobile application of the software that combines digital content with the users’ real-world environment. It allows the users to add virtual graphics or digital elements like images, audio, or video to a real-life scenario. AR app provides an interactive and immersive experience where the digital or virtual objects are placed as per the user’s choice.

How Does an Augmented Reality App Work?

Augmented reality technology imposes a virtual image over real-life objects and this superimposition is then integrated with the real-life world.

Augmented reality technology when integrated with a mobile application becomes an AR app. So when a user points the device and focuses on a certain object, the AR app immediately recognizes the object through its computer vision technology and enables users to add their selected image over that real-life object. 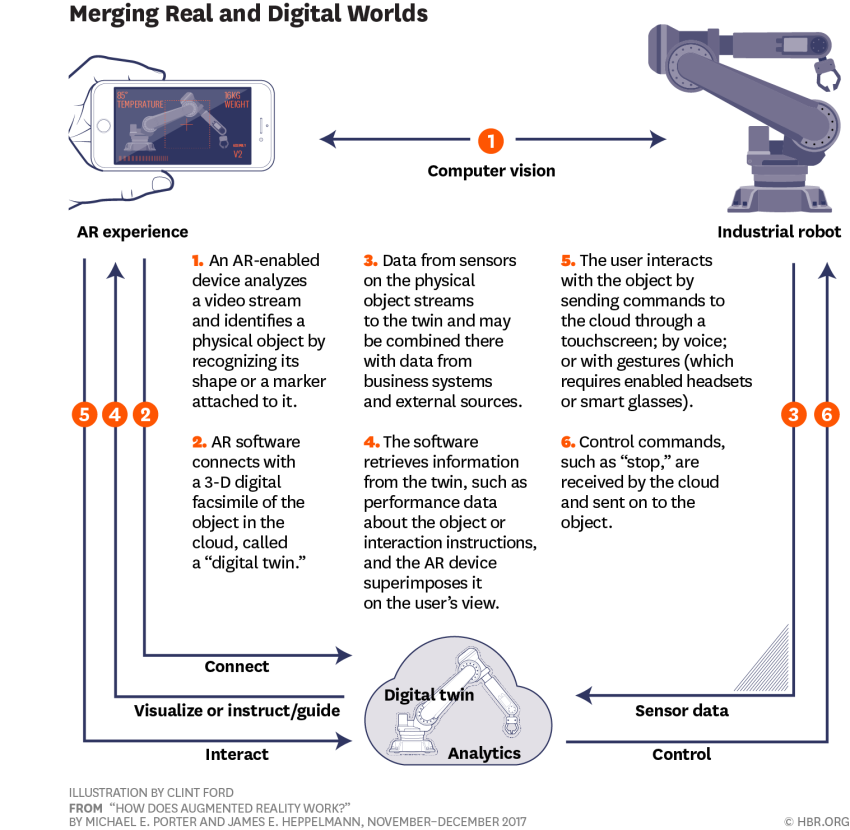 So you got a basic understanding of augmented reality technology and how AR app works. Now, let us discuss

Augmented reality is a complex technology that requires a specific development approach and programming. You will need additional SDKs and resources to build a full-fledged AR app. Hence, the cost to build AR app depends on multiple factors that affect the final price.

These markers are distinctive patterns that cameras can smoothly identify and process. Marker-based AR app works when users start scanning an image or object, or where the device camera is focused. And then, it adds the desired image over that object.

This type of AR app is easy to build since it doesn’t require complex programming or development. The cost of developing a market-based AR app can begin from $5,000-to $8,000.

It is based on SLAM which identifies the surroundings by understanding visual data in the form of point clouds. Hence, it doesn’t require markers. At present, most augmented reality apps in the market are SLAM-based because it allows users to place 3D objects.

. Location-based AR App: This Type of AR app utilizes location-based technology which relies on data received from GPS, compass, gyroscope, accelerometer, and other device sensors to give a geolocation-based AR experience. One famous example of this type AR app is PokemonGo.

. Projection-based AR: This AR technology creates digital content within a stationary context. It renders virtual objects within a user’s selected physical environment. Projection-based AR app is among the simplest forms of AR app development that you can choose for your business idea.

2. Features of the AR App

AR apps need a different set of features. It needs features that allow users to visualize, edit, and review real-life objects with virtual elements. And these features require time and effort accordingly.

You need to buy dedicated support for enabling this 3D content creation facility in your augmented reality application which costs a lot.

At MobileCoderz, we, however, try to implement cost-efficient 3D AR content creation functionality in AR app development projects. However, as per our experience, 50% of AR applications need this tech stack so you can’t avoid this cost-affecting factor.

It becomes essential for e-commerce, retail, entertainment, and sports companies that want to create 3D AR content to showcase their products. It allows its users to review the products through the app in the form of 3D videos or 3D images.

Therefore, you need to consider this factor while estimating the augmented reality app development cost.

AR app is itself a complex mobile app. Its complexity increases when you add more functionalities and features. For instance, if you add a library of 3D models to your AR app, you have to set aside a separate budget for developing a custom content management system (CMS) for the app.

Your mobile app development company or developer has to put a lot of effort if your AR app requires additional features such as sound effects, payment gateways, or chat.

Hence, the development of a dedicated CMS for managing 3D AR content or a library of 3D models will increase the augmented reality app development cost.

However, there are many CMS tools available for AR content management in the market. But the problem with them is they don’t perform well or support smooth content customization. As a result, you have to create a dedicated one for your AR app.

And what AR SDK you choose directly impacts the augmented reality app development cost. AR app. Wikitude, Kudan, Vuforia, ARKit, and EasyAR are the popular AR SDKs whose commercial licenses may cost you between $99-$999 per month.

Thus, you have to see the AR app development company that you choose for your AR project, what AR SDK they use and how much it affects your overall budget.

Since augmented reality is an advanced technology, you would need a professional AR app development company that holds proven experience in building all types of AR apps. While you choose any company for your AR app development project, don’t forget to note the location of the company.

How Much Does it Cost to Build an Augmented Reality App?

We already told you the cost of augmented reality app development in the beginning. By analyzing the above factor, now you can estimate the overall cost. Take a look at the below table

So you got a clear idea of how much does it cost to develop an augmented reality app. Let’s go through the quick steps of

1. Define Your Niche and Find a USP

The very initial step of augmented reality app development process is to define your niche. You should have a clear vision about your application as to which market and audience your app focuses on. For this, you need to conduct extensive research on the market, competitors, and target audience, and find out your unique selling point (USP).

Once you have gathered data about your niche and USP, set your business model for your augmented reality application. Based on your business goals and in-app services or products, you should select an appropriate app monetization model from below

3. Select the Features and Functionalities

After knowing your business requirements, you need to select the features and functionalities of the AR app as per your business model. This step is crucial because augmented reality app development requires dedicated AR SDK and technologies. Hence, you need to have a proper list of features that your AR app will include.

Augmented reality is an advanced and complex-level application. It is relatively new in the market. Therefore, you need a dedicated mobile app development company that holds solid expertise in using AR SDK and other technologies to build a full-fledged augmented reality mobile application. They will help you develop the AR app as per your project requirements.

Before you prepare for launching your app, ensure the app has gone through multiple rounds of tests and quality assurance checklists. Your mobile app development company would do this testing and QA process. Once they validate the app with all defined checklists, deploy the app to the app store. And also keep a watch on how the app is performing.

With the AR app, consumers feel more confident and make well-informed buying decisions. Especially in eCommerce, companies have reported that AR technology has helped them reduce product returns by 40%.

Hence, integrating augmented reality technology can boost your business to a new scale. And MobileCoderz, being a premier mobile app development company, can assist you in developing a full-fledged AR mobile app for your business.

We have a dedicated team of developers and programmers for AR app development who are experts in using the latest AR SDKs and technologies. If you have an innovative AR app concept in your mind, our team can give it a real shape.