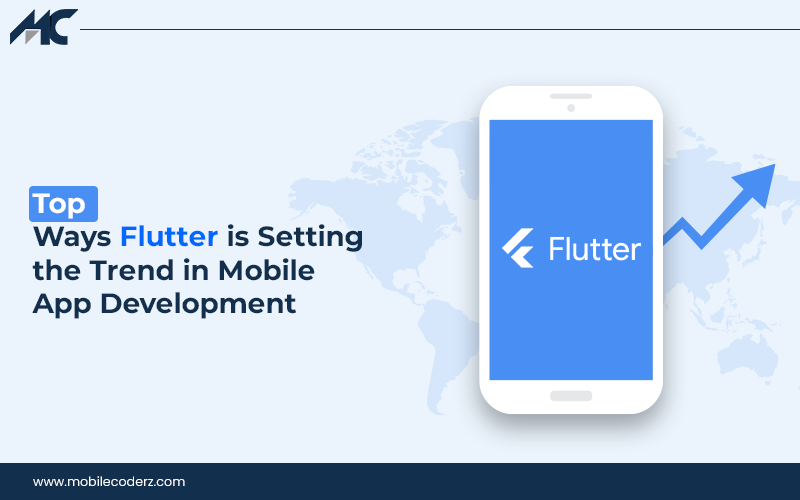 Flutter apps are something we all have used as it’s a cross-platform app development platform that offers a great quality experience to both developers and users.

Google’s Flutter app development services are rapidly gaining popularity in the coding community. Hybrid apps are becoming a common practice in global IT. Today, hybrid mobile app services are preferred by enterprises over native apps because they reduce development time and cost.

Flutter app development has emerged as the leading hybrid solution in mobile application development. This open-source technology is gaining acclaim for its ability to build stable, user-friendly apps and speedy market processes for businesses. Let’s take a detailed look at Flutter app development services to see how it is bringing a new trend in the industry.

Flutter’s unique codebase feature makes it easy to develop mobile apps. A single codebase eliminates the traditional restrictions where developers had to write different code depending on the platform. This now makes the process easier. Now Flutter developers need to create code only once in Android and iPhone. So, it is preferred by most developers because of this. Flutter’s cross-platform development framework makes it easier for both developers and users to design, speed up, and improve the overall quality of an application. 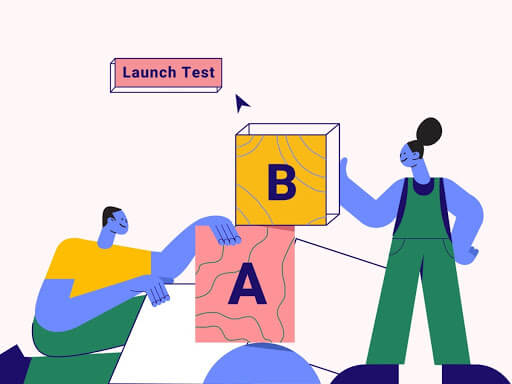 Flutter’s application development process is extremely subtle and precise. The single codebase makes the entire process quick and simple. Developers can reuse code in multiple plugins thanks to the single codebase, which reduces time. A single test of quality assurance can verify the features and functionality of the code in testing. Many companies want to hire best Flutter app developers because of this feature.

This feature is a big win for Flutter development services. Developers can view any change made to the code immediately with Hot Reloading. This feature allows developers to view the progress of their code side-by-side during development. This feature can improve the productivity of different developers.

This feature can also be used to fix bugs and make it possible to modify the app in real-time. Make sure you hire best Flutter app developers who can see any changes immediately, so there’s no need for the app to be reloaded.

When you hire best Flutter app developers the major task is maintaining the app after the project is finished. However, Flutter’s modular architecture makes it easy to use and maintain. Developers have the option to use hot reload for fast app optimization. Google’s plugin-based approach allows them to easily extend Flutter apps’ capabilities. Flutter development is easy and fast, making it an enjoyable tool. All operating systems can utilize the same code. Its simple code helps with the development of the user interface. This code plays a crucial role in repairing bugs. Flutter is extremely easy to use. There is no need for expensive programming machines. You can also get it for free so that you can immediately start using it.

Flutter is worth considering as it’s the fastest way to create your MVP (Minimum Viable Products) for any app. Simply put a little time and effort to create an MVP in Flutter.

Flutter SDK requires less code because almost all codes can be swapped between Android and iOS apps. Flutter app development services are significantly cheaper for startups, especially for MVPs.

It is easy to create and maintain Flutter apps because there is only one codebase. This improves performance and reduces maintenance. Flutter’s maintenance is simple because of the single code that is used. The team members can quickly spot the problem and make changes without having to go back and forth with the codes. It’s easy on the wallet as you don’t require to invest in super expensive machines. With the help of the team, anyone can easily create a Flutter application. This is the reason why Flutter app development in India is so popular.

Flutter Framework is a program that allows you to create cross-platform native apps for mobile devices. Flutter allows developers to create apps with one code, rather than writing separate codes for iOS and Android. This saves time making it simpler to create prototypes. A top notch Flutter app development company allows you to create your next mobile application so you can share your minimum viable products with investors. Also, Flutter is quicker than traditional prototype development and testing. It makes it simple to present MVP to investors via mobile app development.

Widgets make the app’s interface interactive and more appealing. The Flutter framework has many feature-rich widgets that can be utilized in each industry sector. Flutter also offers a wide variety of widgets such as fonts, scrolling, and navigation. You can easily customize these elements to fit your online business model. These elements can simply be adjusted to fit any size screen. With the help of widgets, Flutter mobile apps can offer a seamless experience.

Also Read:
Role of Blockchain Technology Into the Fashion Industry

9. Modification and Customization are Super Easy

Flutter manages every aspect of app development, from development and maintenance to testing and customization.

Flutter-powered apps are simple to modify because of the single codebase.

The app’s long-term performance is maintained by easy maintenance. Any problem in the codebase can easily be fixed in minutes. Developers can eliminate the hassle of writing code by using a single codebase.

So, entrepreneurs don’t need to spend more on Flutter app maintenance and customization than they do on other platforms. They can just contact the best Flutter app development company and leave the work on them.

Flutter is developed and maintained by Google, as we all know this. Google supports Flutter developers by providing frequent updates and problem fixes. Google is not the only one as there are also ready-made SDKs available for many Google products like Firebase.

Developers are continually thinking about security. This covers the entire development process, from deployment to testing, and even beyond. Flutter detects potential vulnerabilities and warns you when they exist before they cause damage. You can relax about your Flutter app security, and you will get the most encrypted app. Hire the best developers from a top notch Flutter app development company and they will do the rest. You won’t be disappointed.

The Flutter is Future

The most crucial aspect of app development is delivering the projects timely. Flutter’s unique selling point is its speed of development. This reduces time-to-market as well as project costs for businesses. The platform’s efficiency is enhanced by its third-party libraries as well as ready-to use components. So, Flutter is a promising technology for app developers.

Flutter has it all: incredible cross-platform user experience, amazing features, and exceptional app performance. And all this without breaking the bank. Companies with tight budgets should also start working with the best Flutter app development company experts to transform their app ideas into real business solutions.

For the best Flutter app development services, you can trust MobileCoderz. With 300+ satisfied clients and 400+ projects, we always give our customers satisfaction with our services.