Blockchain Technology: A Rising Trend in the Mobile App Development 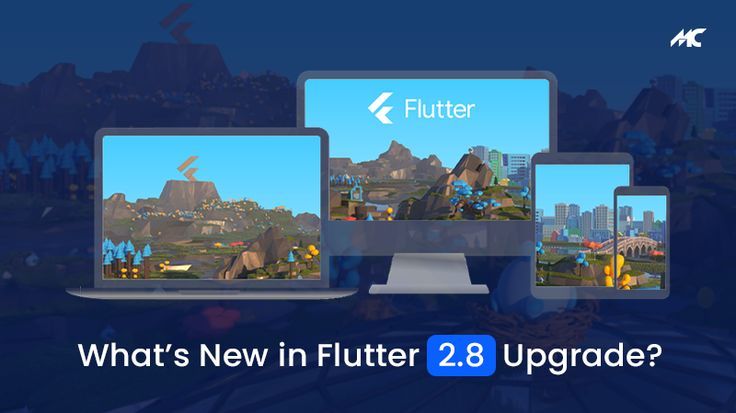 It seems that the Blockchain is now making inroads in the mobile app development market. Its decentralized architecture allows mobile apps and Blockchain app developers to take advantage of it to fix several flaws.

Blockchain supports digital currencies such as Bitcoin, Litecoin, & Ethereum. It allows for a secure, transparent, and anonymous payment process and reduces the need for a middleman.

It allows you to keep an immutable and transparent record of all transactional digital information. This ensures that data is not altered.

Blockchain is a system that records information and makes it almost impossible to hack, modify, cheat or change the technology.

It is duplicated once and then distributed to all computers on the network. Every block consists of multiple transactions. Each participant’s ledger is updated with each transaction that happens in the Blockchain. Distributed Ledger Technology or DLT is the database that participants manage & is decentralized too.

A hash, which is a type DLT, is an immutable cryptographic signature that records transactions. This means that if one block is changed in a chain, it will be obvious that it has been altered. Hackers would have to modify every block of the Blockchain system in order to corrupt it. This is true for all versions.

Also Read:
Blockchain Technology: An Opportunity In The Healthcare Industry

Blockchain Technology: Why App Developers Go for it?

Blockchain technology was initially used to secure the operation of every cryptocurrency. A database is now used by almost every mobile app. A decentralized ledger creates a transparent system that increases app security and provides greater app security. It is impossible to make fraudulent transactions and it is not possible to make unauthorized transactions without the consent of all stakeholders.

Blockchain technology allows you to integrate multiple areas. You can also make digital transactions easier by using Blockchain protocols. This technology is also the best for peer-to-peer mobile transactions. Blockchain helps to manage dedicated, unaltered records for transactions of any type, based on mobile app requirements.

Blockchain apps are able to disrupt existing business models by providing lower-cost solutions. Its protocols can be used to make digital transactions easier via improved methods. Blockchain can be used to automate manual and time-consuming processes.

Blockchain technology’s strong encryption will ensure that it stays put, even if cryptocurrency fails. This technology is used by healthcare institutions, financial institutions, & other industries that need to securely track transactions.

As we all know, the SMBs have been hard hit by the pandemic. According to a report, digital ledger technology could provide long-term solutions for many SMB problems. It will make better use of the data from the SMB ecosystem. These brands benefit from the Blockchain app development trends:

Blockchain App Development Trend is gaining popularity and businesses are now investing in it. Let’s find out why this technology is so popular.

Additionally, the chief app retailers have arbitrary control over any new app being sold through these virtual outlets. Blockchain allows apps to be approved quicker due to a transparent reputation system for developers with a distributed public ledger. It improves the popularity of apps by allowing users to rank them.

Security is a major concern for both Blockchain app developers and users of mobile apps. People tend to avoid apps because they fear privacy invasions, as data breaches are occurring on a large scale worldwide.

As all data is encrypted and saved using a cryptographic hash, it is impossible to break.

Because of its decentralized architecture, it is less likely that third-party apps will cause chaos.

Every transaction is also tracked with a timestamp. This makes data manipulation and redefining operations nearly impossible. This is a huge boon for both mobile app developers and end-users.

It is important to design Blockchain technology so that universal tracking of all transactions is possible and reduces the chance of fraudulent transactions or fabricated information. It creates a robust and tamper-proof environment for fraudulent activities.

Entrepreneurs can gain the trust of users and build strong relationships with them. The system can be scaled to accommodate multiple users at once.

Blockchain technology might seem complicated at first, but it is actually one of the most simple technologies ever created. It’s easy to use, convert, and use in mobile apps. It is also more affordable than other mobile development software.

It is easy to use. You can even opt for an online course to learn & study how to build Blockchain-based applications.

Verifying your identity online has become increasingly difficult. Blockchain is different from other technologies. It allows app developers to authenticate user transactions and does not require any password. Blockchain authentication is based on a highly secure and incorruptible identity authentication system. It reads your digital signature via public-key cryptography. This private key acts as a master password and unlocks all digital assets of the person in question.

In the coming years, we will see a lot of mobile apps, including Blockchain technology, developed. These apps can be used in a variety of industries, from finance to supply chain to retail, to finance to finance, and many other sectors. Startups and large enterprises should understand the importance of integrating Blockchain app development trends into their app development projects. They should first learn about Blockchain technology and look for information online.

MobileCoderz is a top Blockchain App Development Company. With wide-range expertise, we have extensive experience in building mobile apps that are both robust & scalable. If you’re looking to create a Blockchain-based mobile app, you can put your eye on us. We can help build and launch successful web & mobile apps.

Blockchain app development trend is on the rise & can’t be ignored. We can expect to see more app developers take advantage of Blockchain technology’s undisputed advantages over the next few years. Blockchain technology is the best choice because it offers transparency, security, and efficiency that no other digital tech can. This innovative technology has been developed to streamline transactions and maintain full transparency by a distributed ledger system.

Everybody, from top developers to independent developers, sees the potential of Blockchain as a decentralized database. Blockchain-based apps will continue growing in popularity as mobile transactions gain momentum over the next few years.

How to Hire a Right Mobile App Developer for your Business?
5 Celebrity Look ALike Apps To Take Inspiration For Your Next Business Idea
NodeJS and AngularJS: Latest Comparison Guide
Why Should You Go For Custom Web Development For Your Business?

One response to “Blockchain Technology: A Rising Trend in the Mobile App Development”