Android 12: Everything You Need to Know About the New Android OS 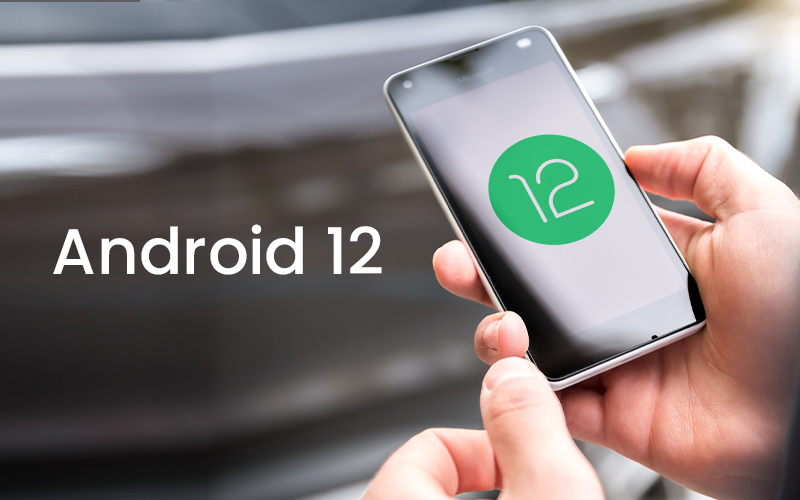 Android is the world’s largest mobile operating system running on over three billion smartphones. So whenever there is an update in Android OS, it is worth noting how businesses and users react to the latest update. Recently, Android 12 got released, and Google describes that this OS version has some of the historical changes that users were waiting for.

If you are curious to know what are the new features in Android 12, and which smartphones hold this OS version, in this article, we will tell you everything that you need to know about Android 12.

When Did Android 12 Release?

On Oct 4, 2021, Google released Android12 to the Android Open Source Project (ASOP) for its all eligible Pixel smartphones. Later on, other brands also introduced their smartphones with Android 12 like Oppo announced ColorOS 12, Samsung releases its ONE UI 4 in the beta-testing phase. Some of the other smartphone manufacturers including Asus and Xiaomi began testing with their Android 12 releases last year.

While many smartphone manufacturing companies are still preparing for the release of more Android 12 mobile phones, some industry experts believe this Android OS will have a huge impact on the market. Top Android App Development Company believes that Android 12 is likely to roll out to the majority of smartphones that launched in 2021 or earlier.

Which Smartphones Have Android 12?

While users have excitement to know which phones will have the Android 12 first, here is the list of smartphones that currently have Android 12:

What Are The New Features In Android 12?

Android 12 comes with various changes including big and small. There is a wide list of changes in UI/UX, privacy controls, and some new features such as:

In Android 12, you will see a fresh look of the home screen having a lock screen clock. When there are no notifications, a big digital clock appears at the center of the screen.

Android 12 gives more freedom to users in customization and theming. Its customized window allows users to toggle on a “themed icons” feature that changes your app icons into color-matched ones.

UX design is the most crucial part of Android application development. Android 12 comes with drastic reform in its design. Buttons are bigger and bolder which makes an eye-catching appearance.

There are also smaller changes in animations. For instance, when you hit the button, there is a motion that shows the display from the button itself. In charging, another animation comes into play.

You are going to see a new style of the notification window. They are automatically grouped per app and separated out depending on your preference setting. You can also snooze certain notifications for a specific period of time.

In Android 12, widgets are completed resigned. They are now conversational widgets that displace the latest conversation and pictures that can surface memories from your Google photos on the home screen.

Android 12 has added new features for the privacy controls. The new Privacy dashboard allows you to revoke certain permissions if you select and also gives information about each permission you have granted to each mobile application. Now mobile app developers have to be more conscious in terms of users’ privacy.

Android 12 came out late in 2021 with fewer smartphone variants. While Google, Samsung, Xiaomi, Oppo, and other brands are working on the release of more Android 12 variants, users still have to wait to use all the features in most smartphones.

But the most important thing about Android 12 is that it comes with truly new changes that will impact user experience dramatically and give more challenges to Android apps to ensure they are compatible with this latest OS version. If you want to develop an Android app that runs amazingly on Android 12 and meets users’ expectations, Schedule a call with MobileCoderz and we will help you make the best out of Android 12.

Mobile App Development Process -From Ideation to Execution
Avoid 10 Mistakes When Developing React Native Apps
How Much Does It Cost To Develop A Cloud Kitchen Platform?
Xamarin vs. React Native: Which is Better for App Development?