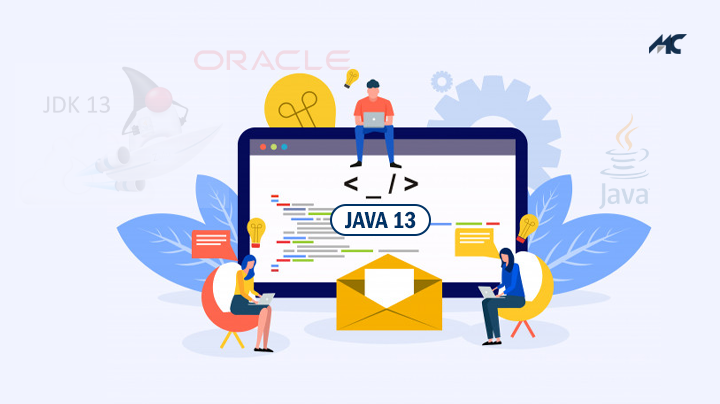 Oracle is back again in news the software giant as released Oracle’s New Java 13 SE & Java Development Kit (JDK)13 with a commitment to stay on a six-month cycle for regular feature updates & add-ons in the future.

The vice president of Java Platform Group, Georges Saab launched JDK13 at Oracle Code One conference and the suspense for the launch of Java 13 came to an end with its confirmed general availability on Monday. This announcement lived up to the expectations of enterprises and developer community in terms of productivity with improved performance, enhanced stability, and better security as defined for the Java SE Platform and the JDK.

A speed-read to some hot features of Java 13

Java 13 rolled out with two preview features and developers can’t wait to incorporate them with the newest version of Java programming language. With Java 13, users will be able to test new features and share feedback directly to Oracle on a basis of its performance as well as relevance. The feedback will bring a wide exposure on functionalities to analyze that how features will look when launched as an update.

According to Holger Mueller, an analyst at Constellation Research, the arrival of Java 13 promotes agile methodologies to create next-generation apps with the adoption of new Java features even though there are fewer features to explore with the latest update. Oracle also confirms it that Oracle JDK13 add-ons to the developers’ productivity with improved performance, stability, & security across the extensive channels of Java SE platform.

The director of Java SE Product Management at Oracle, Sharat Chander quoted as saying about the launch, “Oracle offers Java 13 for enterprises and developers. JDK 13 will receive a minimum of two updates, per the Oracle CPU schedule, before being followed by Oracle JDK 14, which is due out in March 2020, with early access builds already available.”

A commercial license will be issued for users who’re working with Oracle JDK release as a part of a specific product or service offered by Oracle. However, the release comes under the GNU General Public License v2 along with the Classpath Exception i.e GPLv2 + CPE.

The introduction of JDK13 brings out the implementation of some Java Enhancement Proposals (JEPs) and here are they:

One of the key Java Enhancement Proposals is JEP 350 as it emphasizes on dynamic archiving of classes with improved usability of class-data sharing once a developer is done with the execution of tasks associated with Java application. All archived classes will comprise fully-loaded application classes & library classes that not marked in the default as in base-layer CDS archive.

Reimplementation of Legacy Socket for JEP 353

With JDK 13, a simplified and enhanced implementation for easier maintenance and debugging replaces the existing implementation utilized by the “java.net.Socket” and ‘java.net.ServerSocket APIs’ as defined in JEP 353. In this way, this implementation will favour adapting to user-mode threads or fibres that can be accessed currently in Project Loom in the easiest way possible.

The most discussed feature proposed in JEP 354 enables developers to use ‘switch’ for a statement as well as an expression. Since the general availability of Java 13 is confirmed, users will be able to make use of traditional ‘case … : labels’ (with fall through) or new ‘case … -> labels’ (with no fall through). The prime intent behind in leveraging this proposal is to reduce the efforts involved in writing codes & simplify the way to use pattern matching in a switch.

The preview banks upon the simplified way to express strings for replacing the struggle involved in writing multiple source code lines. With the implementation of this preview feature, it seems possible that the readability and writeability of all sets of Java programs with the flexibility to work on a linguistic mechanism for work on strings more literally rather than just focusing on a string literal.

Oracle continues to work on introducing agile methodologies to bring more competitive, simplified, reliable, & efficient options to facilitate flexibility for getting Java SE license & support for all the major systems accessed by the users. With Oracle’s New Java  13 SE subscriptions, developers get endless opportunities to work on improving their productivity with simplified access to new and updated features to come up with robust performance, stability, and security with the arrival of new add-ons on JAVA SE 7, 8, 11, 13, & so on.   As per VP of development for Java platform at Oracle, Georges Saab, JDK 13 rolled out as an innovative attempt inspired by the core concepts of industry-wide development that go around weekly builds, review, & collaboration amongst Oracle engineers & other experts from the worldwide community of Java developers.  That’s all for the day!

All You Need to Know About Developing a Mental Health App in 2022
The Best Technology Stack For Building a Live-streaming Application
IoT in Manufacturing | Use-Cases, Benefits and Challenges
How Much Does IoT App Development Cost in 2021?